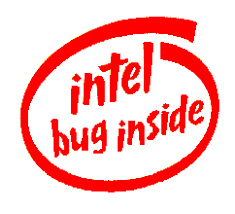 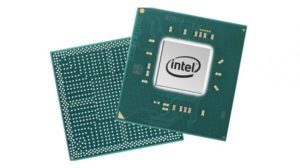 In case you haven’t heard, a security flaw was found in Intel Chips (and others) dating back over a decade. Even the latest chips have it. The hardware can’t be “patched” / fixed with a microcode update with a result that the operating system designer has to modify their O/S or kernel to accommodate / mitigate the hardware error. A side-effect of this may be a knock in performance in some situations.

Regarding the security flaw. Your PC won’t (necessarily) slow down 30%. Performance knock should not that big a deal and it’s not only Intel. It’s pretty much EVERY chip manufacturer. PC’s, phones, tablets, notebooks.

Just as the printed and social media (your friend Bob eager to share the latest gossip – from 1997) has a tendency to often get other things dead wrong #FakeNews and make a huge mountain of hype out of a molehill regarding Internet Related stories (eg. #BITcoin) – it’s not only Trump – it’s a actually a “thing” on the internet – the rush to be the FIRST (click-bait) and not necessarily factually correct. It’s a case of “share first”, “fact check” later. We’re looking at you “Wall Street Journal” #PewDiePie

You would swear it’s Intel PC Armageddon the way the media are carrying on and the youtube video click-bait is forming about a 30% knock in performance.

This patch should be coming out on the next “Patch Tuesday” for Microsoft. Mac O/S has partially implemented a fix. No news on the Apple phones yet, though. Who knows “when” with Linux and how many distributions are actually affected. Google’s official android and Chrome O/S should see a patch on about the 5th January 2018 or so.

This is the second time a security flaw has been found this year – and it won’t be the last, CPU’s are complex things with billions of transistors. Expect more cross-platform product design “contamination” as there are not a heck of a lot of CPU architecture designers and as they flip-flop between companies, good ideas and bad ones will be shared. It’s only human.

I do, however, find it amusing that Apple may actually have another reason to slow down not only your phone, tablet this time, but also their PC’s. ~CC

DISCLAIMER: this blogger uses both an Apple SE and ASUS ZenFone 3 Zoom cell phone. Both are awesome. 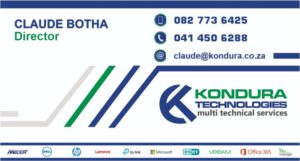